I don’t like to boast but I did a 10k run for charity this morning, and what did you do?

It was a proper bitch of a course; there was me thinking it was going to be flat, on the road and er, easy – but it wasn’t. It was cross country, up and down hills and the route covered in trip hazards and cow pats. But I finished it EVEN THOUGH THEY SAID I COULD STOP AT 5K!

After said run, I was fairly wobbly on me legs so I decided that I should treat myself to a corned beef toasted bagel and 5 single fingers of white Twix… Yes, ok maybe that wasn’t the best choice of food, but if I don’t deserve to eat 5 single white Twix fingers on the days that I do 10K runs, then I REALLY REALLY don’t deserve them on the days when I’m lounging on the couch in my pants, picking my ears with my car keys and feeling like a right fat slob.

I’ve now just signed up for another 10k and, get this… A half marathon in Feb next year!! I’m like a fatter, gayer Paula Radcliffe. It also happens to be the month before my wedding, so I’m basically thinking that this is going to make me so buff that I’m going to look like this during the big day: 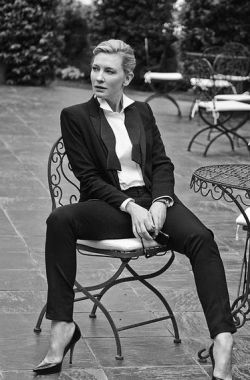 Here are some other absolutely banging posts

I Feel Like a Weird Anxious Blob in a Restaurant

Am I Angry Because I’m Coming off Antidepressants or Because Other People Are Dicks?

Lesbian bed death: What is it and why have we stopped banging?

Chocolate is orgasmic so why doesn’t it help my depression?

Sometimes I do videos and sometimes I question why we're on this earth. Nice to meet you (probably)

Just had my first prick in ages, didn't hurt as much as I'd anticipated #winning
Happy Pride month! 🏳️‍🌈🌈
I'M IN A MOTHER TRUCKING MAGAZINE!!
Anyone else also bought a "grow your own bonsai tree" kit for inner peace and tranquillity and just ended up with a plant as dead as your soul?
My first time hitting a golf ball with a proper golf stick thing... was spectacularly awful, but I can't be gifted at all sports can I? Wouldn't be fair 😜😏
It's #MentalHealthAwarenessWeek and while my depression and anxiety doesn't just hang about for a week (what a dream that would be), I'd like to thank those who have been there for me during the past few months.
How does one grow out an undercut without giving into the urge to shave the whole bloody thing off?!
Absolutely smashed segwaying at Leeds Castle today 😂🐰
Happy #LesbianVisibilityDay, here's me being a visible lesbian with some goats

This website uses (chocolate chip) cookies to improve your experience. We'll assume you're ok with this, but you can opt-out if you wish. Yeah, wevs Read More