What’s the best thing to do when you’re hungover from a wild night in Bangla Road? That’s right, get a wild tuk tuk ride up the steepest hill to see Phuket’s Big Buddha.

What’s Big Buddha I hear you mumble, it’s a Buddha, and it’s big. Before we got in the tuk tuk, which struggled worse than the previous day’s one we were offered a menu by the driver, a menu offering a wide range of tacky jewellery and excursions. We declined.

The Big Buddha really was just a big Buddha but the view from the top was beautiful. Having watched a few people do it, we grabbed some incense sticks and flowers and offered them to the shrine. On our walk back down the stairs we saw two monkeys hanging by the “do not feed the monkeys” sign, and they went through the bin looking for food before throwing a can of coke at one of the tourists, that’s what you get for not feeding the monkeys.

At the bottom of the stairs was a temple, well the whole thing was a temple but downstairs was where the monks sat. One monk was sat at the front with a large bowl of bracelets next to him and a line of tourists in front of him. As stupid tourists who also wanted to be blessed by a monk we lined up, he tied a bracelet on us, shook his watery wooden stick and we put some money in the pot. A great money making idea, because even though Buddhism is the nicest of the religions, like the others, it still needs to make money.

Downhill in the tuk tuk was even more hair raising than uphill was, sure there wasn’t a gear lower than 1st gear but how good were the breaks on this thing? The journey down took us passed a few chained up elephants which was very sad to behold. The baby elephant kept trying to pull its leg away from the chain and the adult elephant kept rocking its trunk back and forth. STOP RIDING ELEPHANTS PEOPLE! THEY’RE NOT THERE FOR BUSINESSES TO MAKE MONEY FROM. IF YOU STOP RIDING THEM, THE THAI PEOPLE WILL STOP STEALING THEM FROM THE WILD AND CHAINING THEM UP. 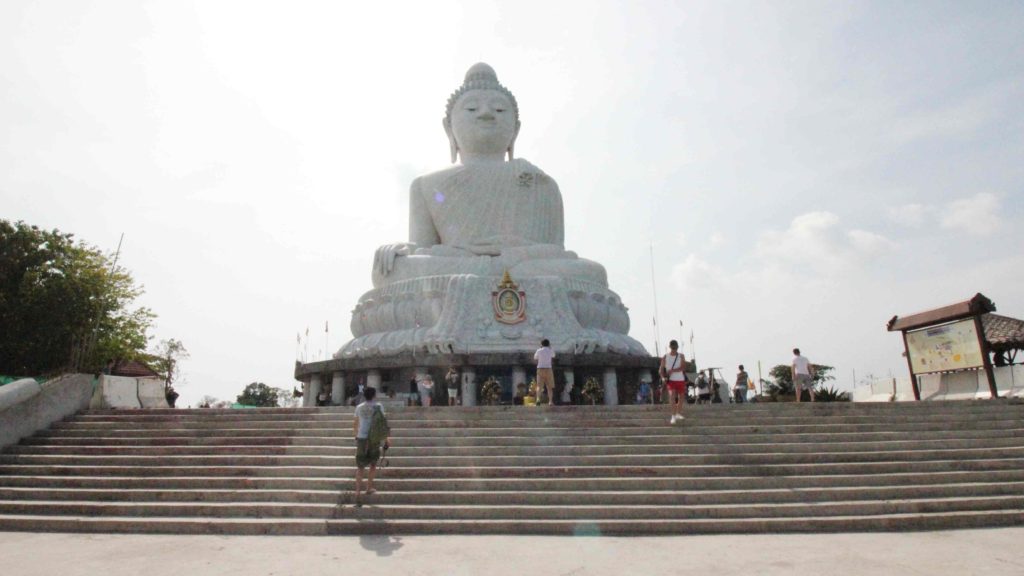 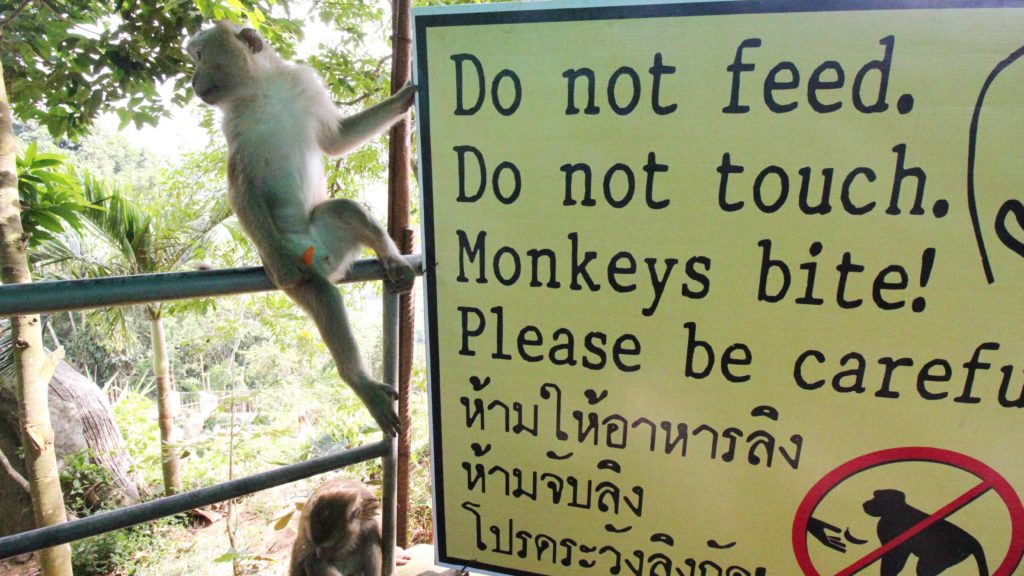 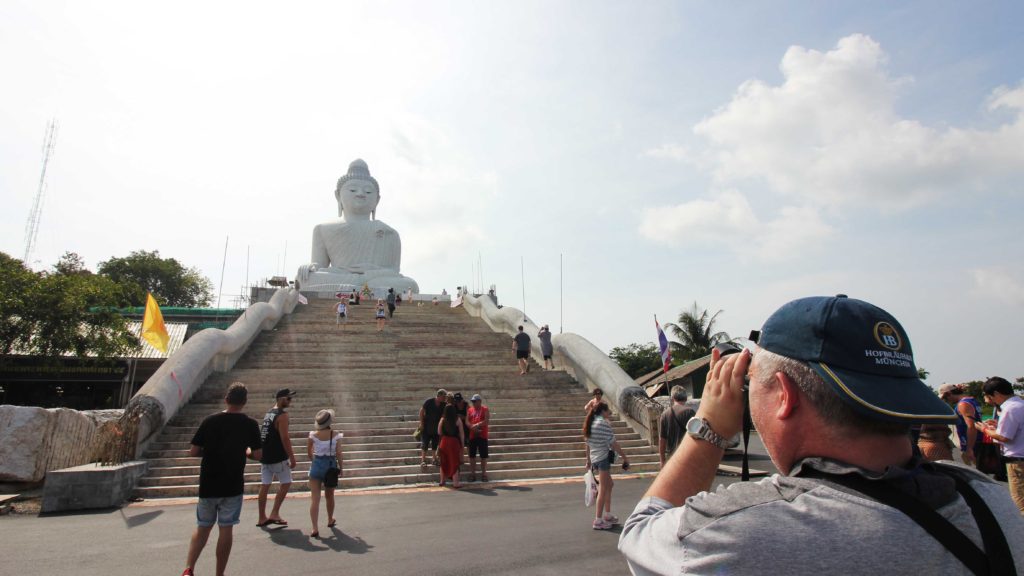 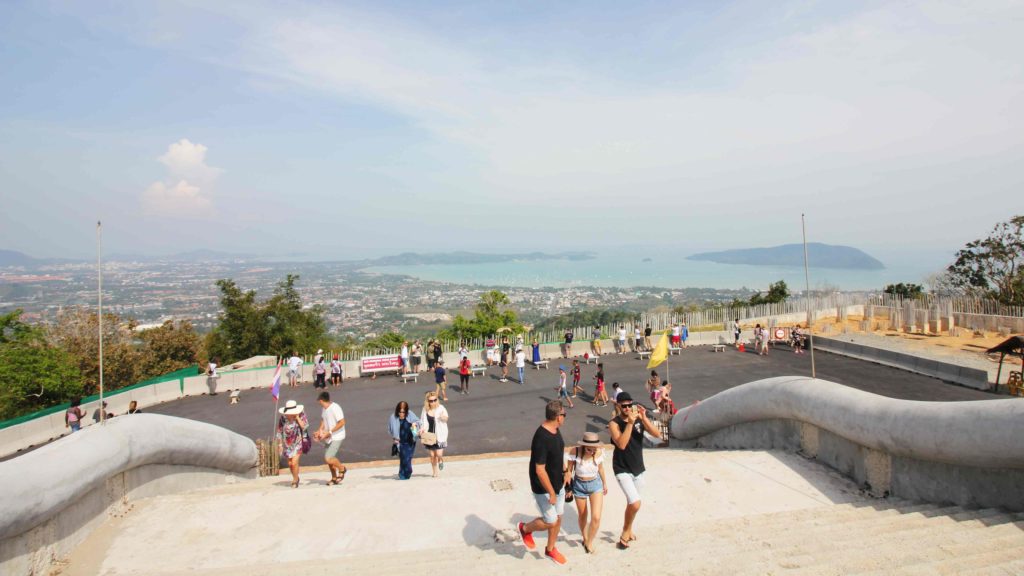 Buddha’s got a sic view of Phuket 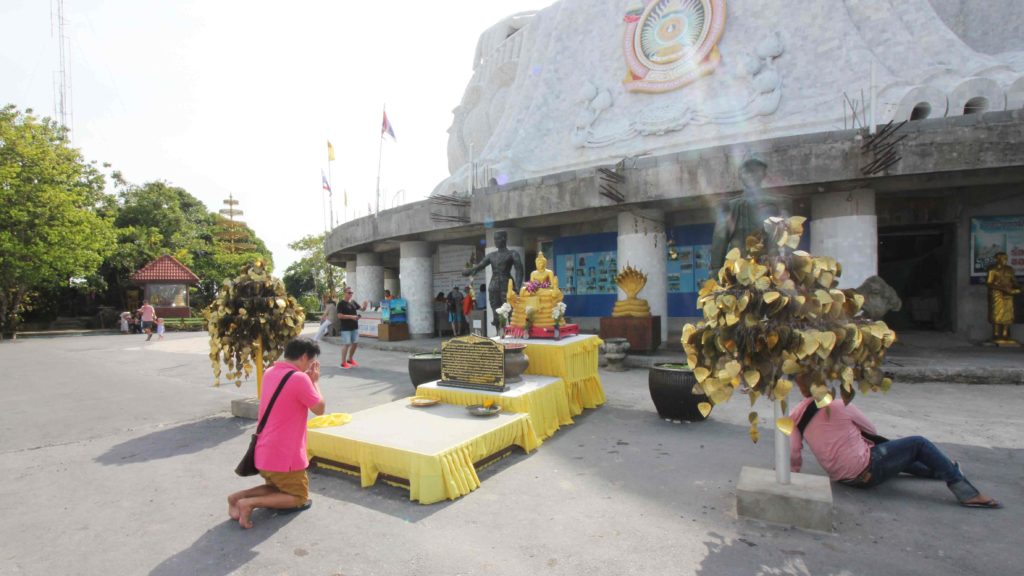 Are You There God? It’s Me, Margaret

The best restaurant that turned out to be the worst

The Scottish lady from the first night recommended the lovely cheap restaurant around the corner from our hotel, so we went there for dinner. I had proper Thai food, not a chip in sight, Suz also enjoyed her Thai meal even though the owner’s children were running around the restaurant. The older one kept hitting the smaller one’s bum and the smaller one (who was the most obese toddler I’ve ever seen) had his peanut out as he had taken off his pants. Is this hygienic? I asked Suz, should we see a copy of their health and safety regulations? However, the kids didn’t have any access to the food so we hoped it would be fine. And it was. This time. Three days later we returned to the restaurant and Suz became really ill chucking everything she’d ever eaten out of both ends.

Phuket is not famous for its waterfalls but we thought we’d venture out to the one anyway, we took a tuk tuk to Kathu waterfalls and yes it was a bit disappointing because it wasn’t very well kept and it was, well, a bit poo compared to waterfalls elsewhere in Asia. But it was lovely to get into the water after climbing a thousands steps, I’m writing this five days later and my calves are still killing.

More steps lead us up further to the top of the waterfall so I decided to take a picture, it was only after I’d taken the picture that I realised I’d accidentally taken a picture of two waterfalls.

Unlike our trip to the Big Buddha where the tuk tuk driver waited for us there were no tuk tuks or taxis waiting at the waterfalls which meant that we had to walk for a long time before we found anyone with a tuk tuk. 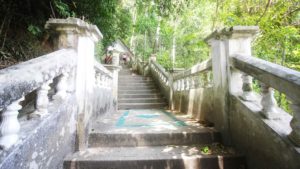 Not a chip in sight

To the waterfall darling

As we walked along the road two young guys on the back of a bike shouted ‘tuk tuk’ at us. They quoted us 800 baht and we said we’d gotten there for only 600 baht, they said ok and said they’d be back with a tuk tuk in 10 minutes. We continued to walk with a sense of dread filling us that we were going to be picked up by some random guys, driven away and skinned alive.

The two guys came back on their bike wearing different t-shirts and tried to get the price back up to 800 baht, we said no and they started offering us an elephant show, a monkey show and then tickets to a gun range. He did this by pointing his fingers at me and pretending to shoot me. Yeah, we’re not getting in a car with these guys. They said they’d be five minutes and then they drove off. We walked quickly before manically waving down another tuk tuk that passed us and made our way safely back to our hotel… phew!

Big Buddha – http://www.phuket.com/magazine/big-buddha-today.htm
Cost for the tuk-tuk: 1000 baht- plus they wait for you at the top
Rating: 7/10

Kathu Waterfall – http://www.phuket.com/phuket-magazine/kathu-waterfall.htm
Cost for the tuk-tuk: 600 baht one way – but make sure they wait for you
Rating: 5/10 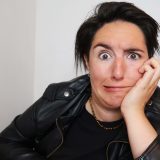